We are the affordable option for your blood work.

Needles are a pretty divisive topic. For some, the word “needles” provides a general discomfort or dislike, but also a recognition that it’s a part of life. Needles aren’t great, but they’re not a huge deal.

For many others—20 percent of the population, in fact—needle phobia is a very real fear. Considering 1 in 5 people are afraid of needles, we at Perll Diagnostics are not unfamiliar with the anxiety that lab work can bring. Our mobile medical lab has worked with countless people who deal with a fear of needles, and in this two-part blog series, we’ll take a look at some of the causes and treatment options that exist with needle phobia.

A fear of needles should never cause you to suffer or shy away from medical help. Take a look at some information on needle phobia and blood draws, and work with Perll Diagnostics to make medical testing easier.

What exactly is needle phobia?

“Needle phobia” refers to the fear of needles being used with your body. People with needle phobia are afraid of getting shots, blood tests, blood drawn, IVs, or any other type of medical procedure that involves a needle interacting with their body. Many people have a fear of needles, which is (as previously mentioned) a fairly common phobia. This is considered a manageable form of the fear, whereas 10 percent of people in the United States are estimated to have such a significant fear of needles that they actively avoid medical treatment. Several experts suspect 10 percent is a low estimation, because those avoiding medical treatment will likely go unreported.

Why do people fear needles?

For the 80 or so percent of the population that can deal with needles, it might can be hard to imagine why people struggle with a seemingly simple blood draw. Some people report this fear stemming from childhood, a time marked with booster shots and vaccinations. Most people have an (understandable) aversion to pain, and the knowledge that pain is imminent creates a mental buildup that’s hard to deal with. And let’s face it—getting poked and prodded isn’t particularly fun.

How does needle phobia differ from other phobias?

Needle phobia is highly unique compared to other common fears. In the cases of arachnophobia (the fear of spiders) or agoraphobia (the fear of open or crowded spaces), needle phobia is one of the few where people actually are known to pass out from procedures involving needles. This is a secondary medical issue that can arise, which means that while other phobias are just as valid, needle phobia is rare in that it can trigger another physical response—one that might even require additional attention.

What can be done to treat needle phobia?

We’re glad you asked! Stay tuned for our Part Two on dealing with needle phobia, where we’ll cover some ideas and strategies that can help keep your fear of needles manageable. Needle phobia is a very real fear, but you are more than capable of coping. At Perll Diagnostics, we are dedicated in helping you get the medical testing you need, with the compassion you deserve. Don’t delay your lab work or blood draws—contact our mobile medical lab in Harrisburg to make it easier! 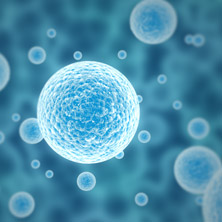 We offer a wide variety of services for both physicians and patients, and at pricing that’s competitive and fair. 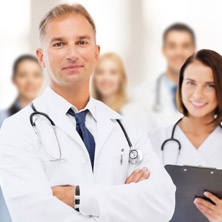 Click here if you’re ready to prepare for testing, retrieve lab results, or get any other relevant information. 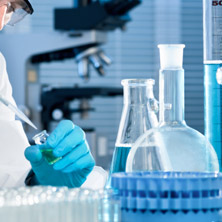 To schedule an appointment or ask a question, contact us by phone or online here.